The referendum is shelved, now we need to spread our wings 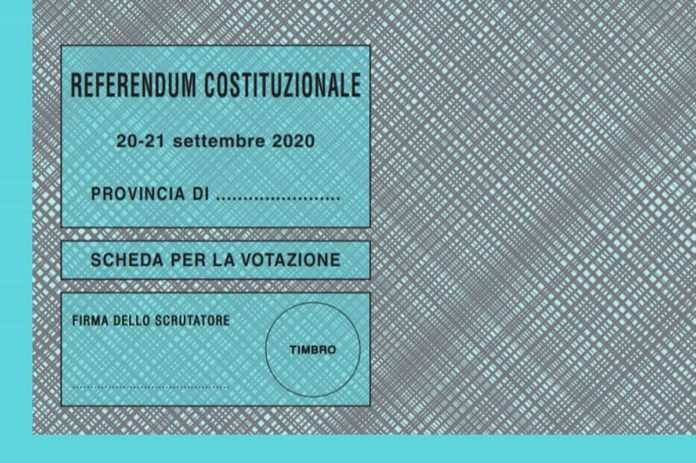 Just few hours after the beginning of the electoral count, “NO”s are assessed slightly over 30%, while “YES”s are slightly below the 70% threshold. A “YES” victory that has always seemed undisputed since the very beginning of the political debate on this matter, as with a ‘Bulgarian majority’ (95%) the Members of the Parliament themselves voted this way during the last vote in the Camera dei Deputati (that is, the Italian House of Representative). Nevertheless, despite these statistics, the “NO” front never gave up, and eventually achieved a remarkable result. A result that was barely thinkable when, after the promulgation of the Law modifying articles 56, 57 and 59 of the Italian constitution, the Luigi Einaudi Foundation launched the initiative of convening this constitutional referendum, with the aim of leaving to Italian citizens the final decision on this delicate topic – a topic that could seriously affect their political representation.

On a political standpoint, a very relevant data is that comparing the 97,5% YES among the Members of the Parliament to the 30% NO among citizens who voted, we can easily realize how, as a matter of fact, a conspicuous portion of the Italian electorate is not represented by the current parliamentarians. Furthermore, we notice how such 30% portion voted even ‘against’ the directives of political parties they should be represented by.

A practical analysis of the referendum results suggests that the political parties which mostly fostered the YES vote were the centre-right oriented parties, and that the Five Stars Movement did not achieve that expected wide number of votes that would have legitimized its “populist” political orientation – that once was the party’s main point of strength, and that now it’s its most clear limit.

What does all this mean?

More than 30% of the Italian citizens unambiguously affirmed that the main issue underlying our political leaders it’s not the high amount of their salaries – despite this aspect does have some kind of relevance as well – but, instead, it’s their clear lack of any political competence. Almost one third of Italian citizens desire the comeback of highly skilled political leaders, who can be able both to represent with a – at least – sufficient international trustworthiness Italians’ political representation, and to grasp all those opportunities the future will bring to our country.

This “one third” of the electorate is not currently represented by any political party! These citizens are asking us to “go back to play the game”.

It is up to political parties’ policies to be able to address the challenges the electorate sent them out. It is up to parties to try and change their skin, but not as snakes do remaining always themselves, but rather as a chrysalis ontologically changing its substantive way of being and becoming a butterfly.

Today, Italy needs to become a butterfly, putting its wings on and spreading them as to fly higher and higher, higher than how it did in the past few years, higher than populisms, way higher!

As to go back to being prestigious, respected and trustworthy throughout Europe and the whole world. Best wishes to all of us!