Our President Giuseppe Benedetto tells the true story of the referendum 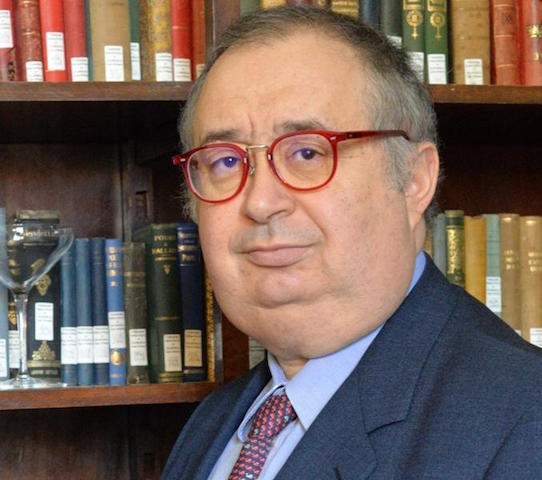 Dear Honourable Deborah Bergamini, co-director of this journal, I want to deliver you some news. No one is laughing behind our back anymore. So many ironic and compassionate smiles I had to silently gaze at, when, in October 2019, we decided to launch our referendum campaign against the proposal of a constitutional law that has one only goal: humiliate our Parliament and the liberal democracy alongside. Many people told me – almost everyone indeed: “we do understand your reasons, but how can you even think that in such an era of populism the active electorate can reject this law proposal? It cuts the members of the Parliament, the “hatred caste”, and as such…”. There’s no “as such”. The Luigi Einaudi Foundation does not need any political consent, and therefore it does not seek for votes in its favour. Its initiatives have a cultural dimension, and they are provocative as well, when necessary. 14 out of 630, in the House of Representatives, voted “no” against this abhorrence. All the parliamentarian groups, none excluded both left and right wing, voted in favour of the passing of this law. We needed  126 representatives or 64 senators to have at least the chance to summon electoral meetings. Actually, we did act a bit foolish. That day, October 8th, 2019, is still clear in my mind. You were there, I was there, some friends of the Foundation were there, all together in that horrible corridor of the House of Representatives grandiosely called “Corea”. We were debating on the last details of our speech about an initiative we would have presented in the conference room that day and that, on October 12th, would have been officially launched in Milan. Your group-leader called you for your voting duty concerning the Law, after few minutes. At that point I observed that, if I had the chance to, I would have strongly opposed such vote, probably embarrassing you. After a short moment of impasse, you said: “Ok. I will have to vote in line with our party’s directives, but I do think that this Law, as it is written, is a wrong law: it will not make the Parliament more efficient, nor it represents the right solution for the election of competent and skilled members of the Parliament. And Italians have to know it. Therefore, immediately after my vote I’ll join you in the press conference room, and when you’ll declare that the Luigi Einaudi Foundation will promote a Referendum and will be committed in gathering the members’ of the Parliament signatures in support of it, I will state that mine will be the first signature”. And you did maintain your word.

Today, the political debate in Italy concerns an issue to which only few people, since last October, gave priority, in between general laughter. But when every given morning, while reading the newspapers I step through the words of influent directors, constitutional law scholars and enlightened politicians, all of which support a “No” to the referendum, then I’m the one who laughs, and I would like to say something like “our struggle is over, it’s time for others to fight it now”. But I do not say it, we do not say it, Deborah, and do you know why? Because it appears like we can win this battle. It does not take much. It would just take an engagement, in the few days left until the voting day, by those caring about liberal democracy; and the idea that on October 8th seemed as a foolish one, will be the quantum leap for an Italy refusing populisms and shelving an extraordinarily futile parliamentary term. There is the chance for a different Italy. Only few days ago, a tweet written and shared by the Luigi Einaudi Foundation received an outstanding number of hits and likes. The only one thing we did, was making a simple numerical computing in representing possible significant statistics in case “yes” will win the referendum. In such despicable hypothesis, a number of 247 representatives and 134 senators would be enough to modify – practically indiscriminately – our Constitution, without any chance for citizens’ voice to be heard through referendum. We believe this is an apocalyptic scenario. And we are not the only ones believing it! It is now clear that the main issue underlying this referendum is not the (ludicrous) economic savings; it is not even a hypothetical more functional operativity of our institutions; and it is not even the parliamentarians’ cut this Law is called after. There is something else at stake. Differently from other alleged ‘salesmen’, I have to give credit to Beppe Grillo in being the only one calling things by their name: “I have an idea, let us just draw our parliamentarians. The first step? A citizens’ Senate. We do not need politicians” (Grillo, Il Fatto – June 28th, 2018). He also supports his arguments with erudite quotes and mentions. He did think about what he was saying and implying. And this is the reason why he is the populists’ leader, and the others are simple runts; because he is the only one with courage of his ideas. This is the standpoint we have to confront with, and that is clear to us. We have the impression that it is becoming clear for Italian citizens as well. Will authentic Politic win (Politic with a capital “P”, Croce’s, Einaudi’s, De Gasperi’s, Togliatti’s, Terracini’s, Nenni’s, Saragat’s, La Malfa’s politic), o will Grillo win? The choice is up to voters, that is exactly what the Luigi Einaudi Foundation asked for – and eventually achieved – when fostering September 20th and 21st, 2020’s Referendum.