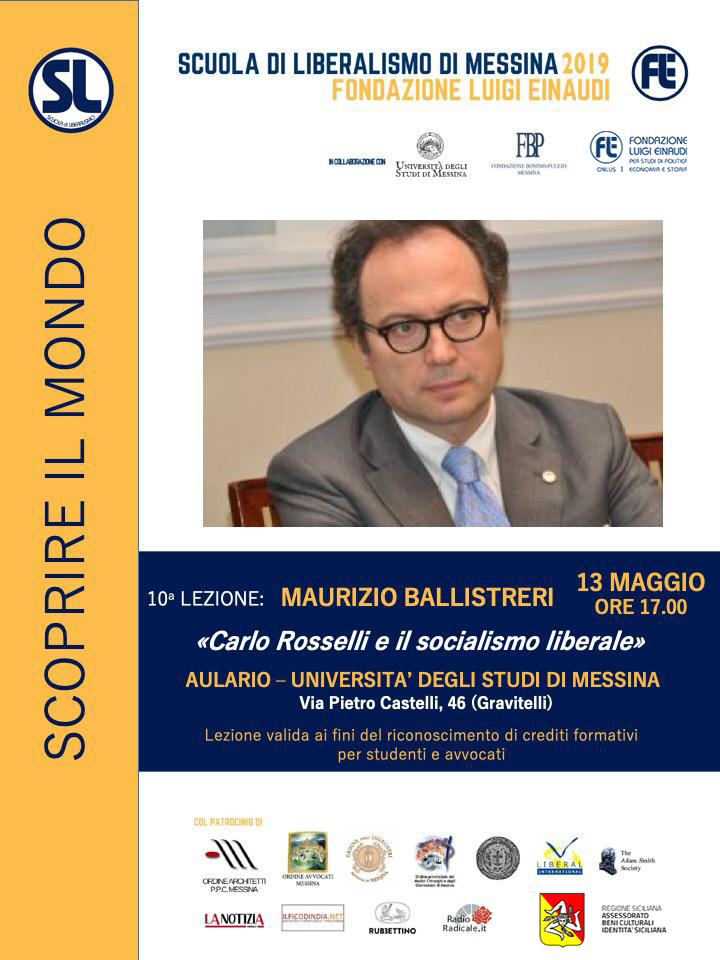 Maurizio Ballistreri, a labor lawyer at the University of Messina and a former member of the Sicilian Parliament, recalled the figure of Carlo Rosselli, a great anti-fascist, murdered by fascist assassins during his exile in France in 1937 and his important theoretical elaboration based on a vision voluntaristic and not deterministic of history and, therefore, different from the line that from Hegel unravels up to Marx and in Italy to the Croce-Labriola-Gramsci axis. And, in fact, Rosselli is part of the framework of Marxist revisionism that had as its point of reference the thought of Eduard Bernstein, with the assumption of the liberal method as a tool to achieve social justice, outside of any statist vision, for the enhancement the principles of individual freedom, collective self-organization and federalism. According to the speaker, Rosselli’s “Liberal Socialism”, which at the theoretical level saw Norberto Bobbio as a continuator and politician Giuseppe Saragat and Bettino Craxi’s “Nuovo Corso” as heirs after the war, has an extraordinary relevance, in a marked scenario from the processes of globalization and financialization, and in the Europe of liberalist monetarism, in which the liberal-democratic system can reject populist and authoritarian impulses if integrated with strong elements of social equity and redistribution of power and wealth downwards.