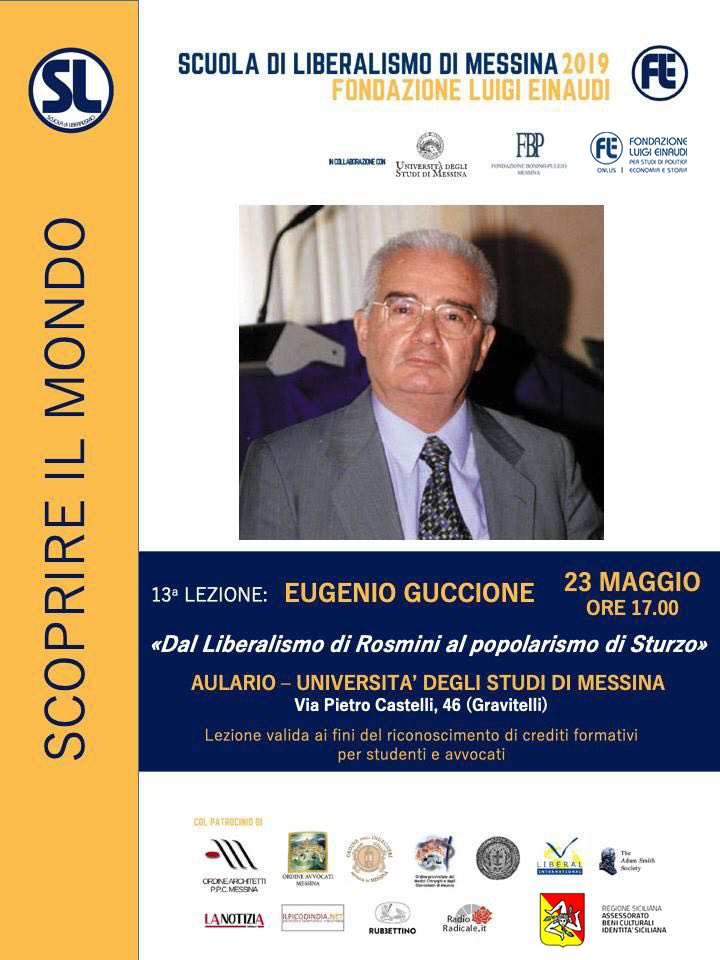 The thirteenth lesson at the “School of Liberalism of Messina 2019” on the theme “From the liberalism of Rosmini to the popularism of Sturzo” was held on May 23rd, at the Aularium of the University, by Eugenio Guccione, already ordinary of “History of doctrines policies »at the University of Palermo and, currently,” invited lecturer “of” Political philosophy “at the Pontifical Theological Faculty of Sicily. A careful exploration allows us, according to Guccione, to point out that, in a period of condemnation and marginalization of the Rosminian theories, Sturzo was in large part attracted and convinced. He had no qualms about the fact that these theories, in their fundamental contents, had been put on the Index by the Holy Office following a hasty, superficial evaluation of the Jesuits. And he did not limit himself to deepening them, but, facing the risk of a disciplinary measure, he carried out a course of Rosminian logic and gnoseology for his students at the seminary of Caltagirone. 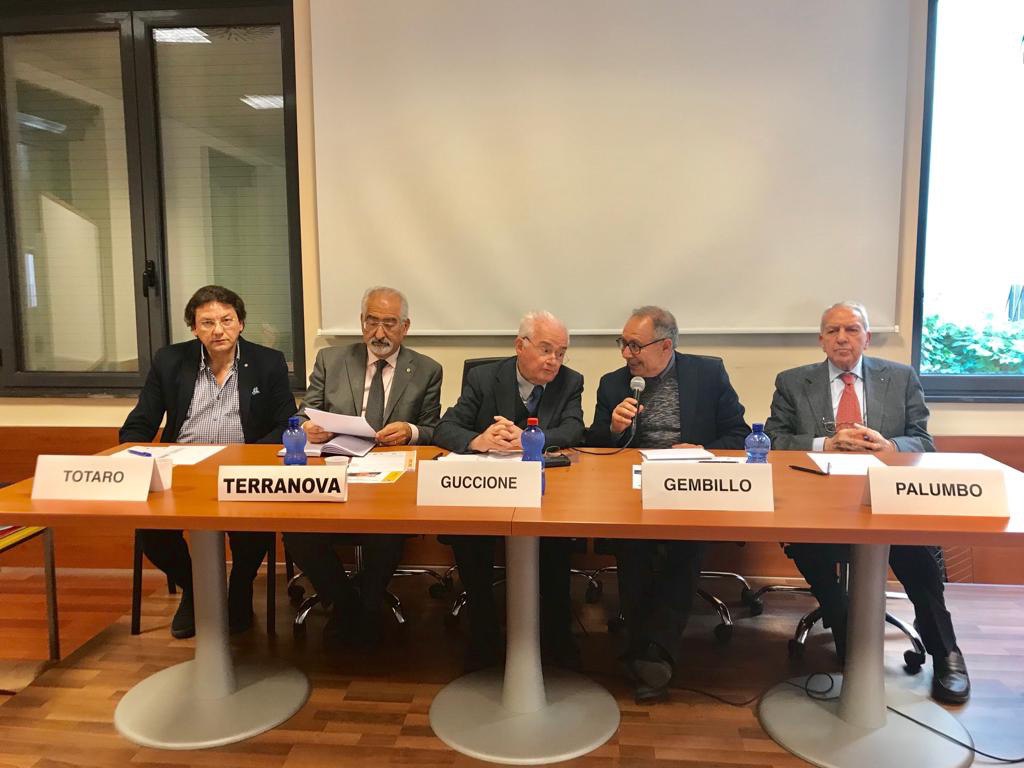