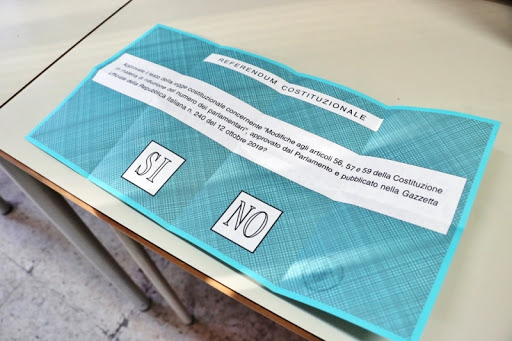 The picture of Italy coming out from the results of the referendum is the one of a country where the citizens and their hypothetical parliamentarian representation do not match, nor they look alike one with the other. This is the main issue: Italians voting “NO” lack a political representation.

After the fourth scrutiny, in the House of the Representatives, those voting “NO” were 2,5%. “YES” voters represented 97.5% of the House. When the referendum campaign started, this sub-division was ‘scared’, but unmodified at the same time. On one hand, “YES” supporters were, most obviously and consistently, 5 Stars Movement; incoherently, the Democratic Party; inconsistently Lega and Fratelli d’Italia; on the other hand, Forza Italia gave the most complete freedom of choice to their electorate, that implying withdrawing from the contest. The results are eventually under everybody’s eyes: not a high voter turnout, but not even a poor one; a “NO” gathering all those citizens fleeing from those party whom they should be represented by. It is not a matter of freedom (and could it even be elsehow?), but of an undisputed and a so far unfixable difference between citizens’ vote to the referendum and their parliamentarian representatives.

“YES” wins, obvioulsy. And this will not lead, as some has recklessly stated, to a parliamentarian de-legitimation, but rather it will strengthen all those volatile majorities populating it. The constitution has been modified, and this has happened without any previous agreement neither concerning the electoral law, nor related to a foreseeable constitutional reform to be sponsored by the current Government.

Eventually, those advocating a “YES” will appear for what they are: flimflam men.

We are waiting the results of the regional elections (currently unavailable), but overall, I guess things will go more or less this way: the current parliamentarian majority will keep on ‘surviving’ without a true and concrete substantial strength, while those thinking they could ram into the majority can now only stare and gaze at it.

There is one only huge and undisputed truth: the “Italy of NO” rising up despite their political parties, lacks a political representation. And this “Italy of NO” is not alone.