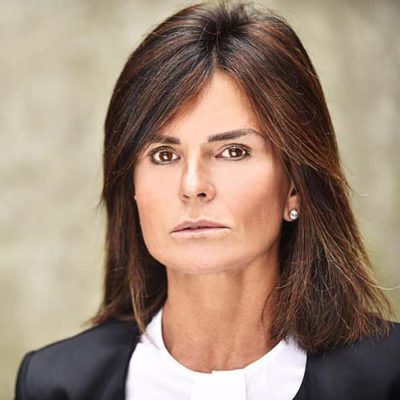 Born in Bologna in 1970, she graduated in Law and became a lawyer in 1995. From 2011 to 2012 she was Responsible for external and institutional relations for the Italia Futura Association, whom she is also the founder. In 2014 she collaborated with the Association of Scientific Research and Private University Studies (ARSSUP). From 2015 to 2017 she was a member of the Scientific Committee of the Giuseppe Sciacca Foundation. She was Advisor to the Minister for the organization and planning of events in the field of institutional communication, in the management of relations with others and Institutions (Presidency of the Republic, Senate of the Republic, Chamber of Deputies, Presidency of the Council, Ministries, Agencies ). In 2015, at the Ministry of Cultural Heritage and Activities and Tourism, she was Advisor for the promotion and organization of projects related to reading, through communication initiatives, experimental activities, monitoring and research activities. She also served as a councilor or the Ministry of Infrastructure and Transport from 2015 to 2016 and for the Ministry of Economy and Finance in 2016. In the same year she was Treasurer of the Comitato “Liberi Sì” for the Constitutional Referendum of 4 December . She was Vice President of Farest, an international consulting company owned by Simest, while in 2017 she became Head of the Historical Archive of President Marcello Pera. She took part, as Head of Institutional External Relations and Business Relations, at the election campaign for the Presidency of the Lazio Region in 2018. In 2019 she was Head of Relations of the FICO Foundation, and of the CAAB s.p.a. In 2020 she did the same at the Bologna Theatre. Since 2021 she has been an independent director of Fullsix s.p.a.