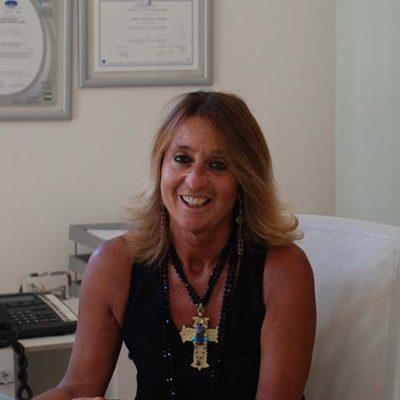 She was born in Novara on last 23 September 23rd, 1964. She graduated with honors in law from LUISS in Rome and, after collaborating with important professional firms, she started his own activity as an administrative lawyer specializing also in the field of public procurement and contracts. The Firm also carries out scientific production and conference organization activities, and pursues the goal of creating a dialectical and constructive relationship that is based on the cooperation of political, judicial and academic institutions with freelancers and economic operators.

It is registered in the Roman and Lecce Administrative Chambers.

She has acquired a high level of specialist qualification in the areas of public procurement (both works and supplies and services), works concessions and / or public services, including motorway concessions, antitrust, environment and renewable energy concessions and health law.

From February 2020 to March 2022 she was Coordinator of the Luigi Einaudi Foundation Justice Area.

In 2017, 2018, 2019, 2020 and 2021 she was a lecturer at the annual editions of the Master in Procurement Management at the Department of Economics and Finance of the Faculty of Economics of the University of Rome “Tor Vergata”.

The firm has three operational offices: Rome, Taranto and Palermo.