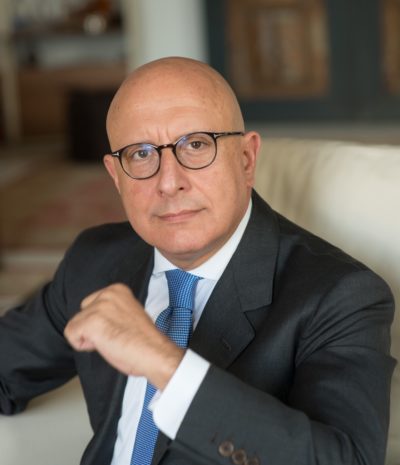 Gaetano Armao graduated with honors from University of Palermo in 1985,specializes with honors on financial intermediation jurisprudence at the University of Ferrara in 1988, attended the european community and internal public law doctorate atthe University of Palermo. Assistant Professor of administrative law at the PoliticalScience faculty of University of Palermo in 1992 and visiting scholar at the Institute of Advanced Legal Studies of London in 1993.From 1996 he teaches administrative law and public accounting at the University of Palermo and economics public law at the University Mercatorum. He is a fellow member of the Society of Advanced Legal Studies at the University of London.Court of Cassation attorney with offices in Palermo and Rome, has been and expertconsultant for the European Council and consultant for national and regionalgovernments end for the Parliamentary Antimafia Commission.He has also been vice chairman of Massimo Theatre Foundation of Palermo from 2002to 2005, regional ministry of Cultural Heritage in 2010 and regional ministry of Economyand Treasury for the Sicilian Government up till 2012, attending the Italian RegionsConference, the State-Regions Conference, the Economic Programming Committee andthe State Ministry Cabinet also representing Sicilian Government.Member of the Guarantor’s Committee for the 150^ Anniversary of Italian Republicin 2011, he has been a member of the national permanent conference for the publicfinance coordination committee. Since 2010 President of sicilian Unesco Commissionand of Sicilian Open Government association.He has published more than eighty essays on administrative law, regional law andpublic contracts law, and published essays on “Judicial system of lyric and symphonicfoundations”, Turin, 2008, “The compensation connected to the performance on thepublic sector: legislative solutions and administrative path’s cases”, Palermo 2008, “Fulfillment of differentiated autonomy of sicilian government”, Naples, 2013. He alsoedited thepublication of “Fiscal Federalism and equalization: the autonomy of responsibility”, Rome 2013 and ” New accomplishment rules for credit and savings inSicily”, Turin 2014.