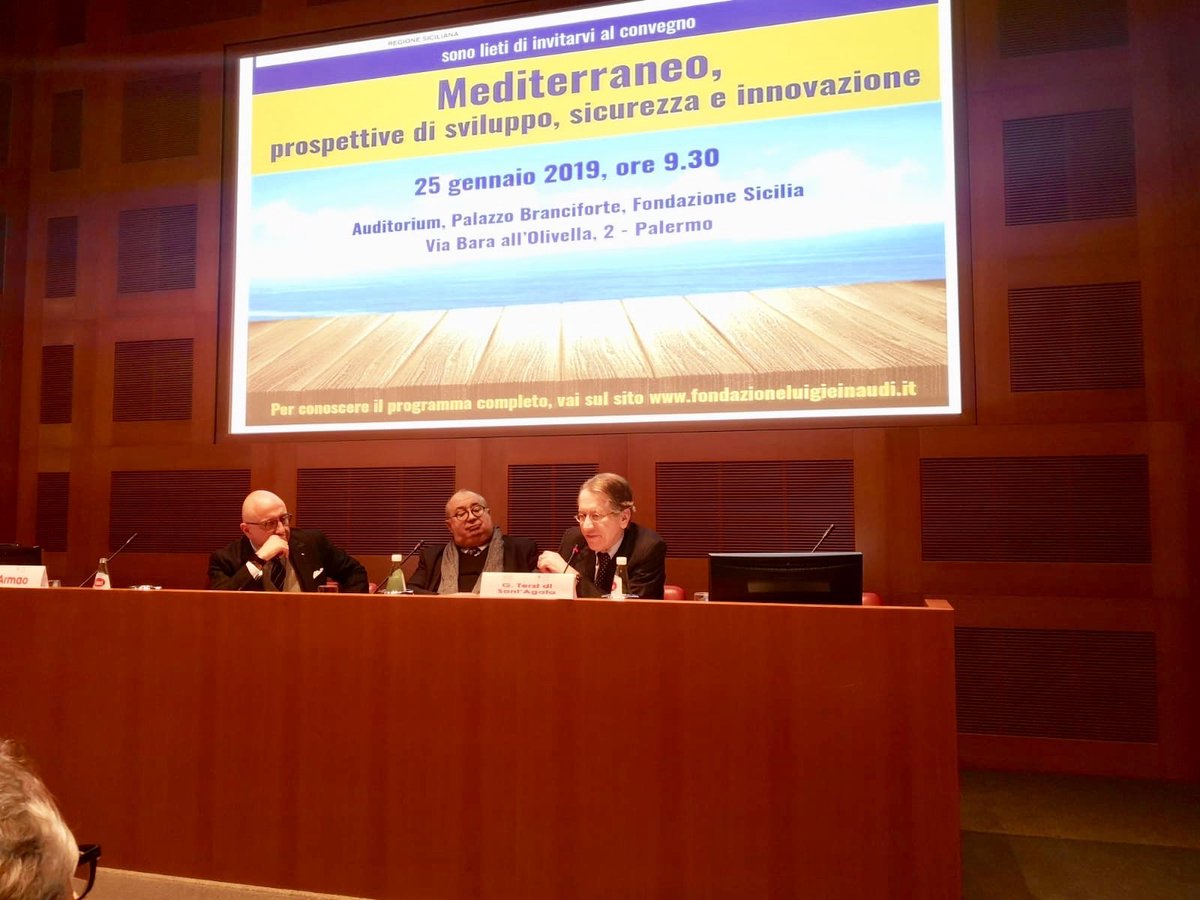 The Mediterranean is the sea that grabs several lands. Indeed, the meaning of its name, namely the median point, invokes a place characterized by the sharing of languages, cultures, goods; ideas. This place preserves a millennial heritage of values and traditions, so the well known Mare Nostrum.

The Mediterranean sea has always been a geopolitical pivot point, in fact it has been essential for the development of Italy and Europe. It was an indispensable route for the transit of people and goods. Nowadays, the Mediterranean route has spread its perimeter and includes the Middle East, Persian Gulf and the Balkans.

Although the above mentioned expansion allows the Mediterranean area to be an essential point for a discussion in the international & European affairs and policies, the enlargement of the Mediterranean route represents a challenge with positive aspects but also with various threats. De facto, the more the Mediterranean increases its perimeter, the more it could be affected by divisions and fights, which may also bring to instability of the Continent and the entire world.

For these reasons the Mediterranean has a strategic importance that has to be further analyzed and studied, in particular with regard to culture, dialogue and cooperation.

To treats the challenges of the Mediterranean, the Luigi Einaudi Foundation organizes the conference  titled  “The strategic importance of Mediterranean: developments; security and innovations“.

Development and innovation in the Mediterranean route can start from Sicily Region and its capital – Palermo – by reason of its geopolitical and cultural importance.

I PANEL  – THE MEDITERRANEAN: the strategic importance of the sea and its lands.

Hassan Abouyoub, Ambassador of the Kingdom of Morocco to Italy

Moez Sinaoui, Ambassador of the Republic of Tunisia to Italy

Abdallah Baali,  Ambassador and Adviser to the Minister for the Ministry of Foreign Affairs

Senen Florensa, Ambassador and President of the Executive Committee of the European Institute of the Mediterranean (IEMed)

Prof. Michel Korinman, Professor of Geopolitics at the Sorbonne

Moderator:  Paolo Quercia, Professor of strategic studies University of Perugia and Chair of Center for Near Abroad Strategic – CeNASS