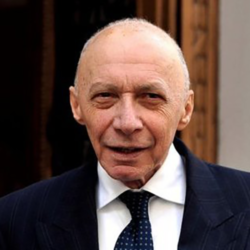 Guido Alpa is Professor of Civil Law at the Faculty of Law of  the University of Rome La Sapienza.

He has been a visiting professor in numerous foreign universities, Berkeley and Oxford just to mention a few.

He served as President of the Italian National Forensic Council, from 2004 to 2015.

He is the author of over 40 monographs and he is the director or co-director of numerous legal journals.